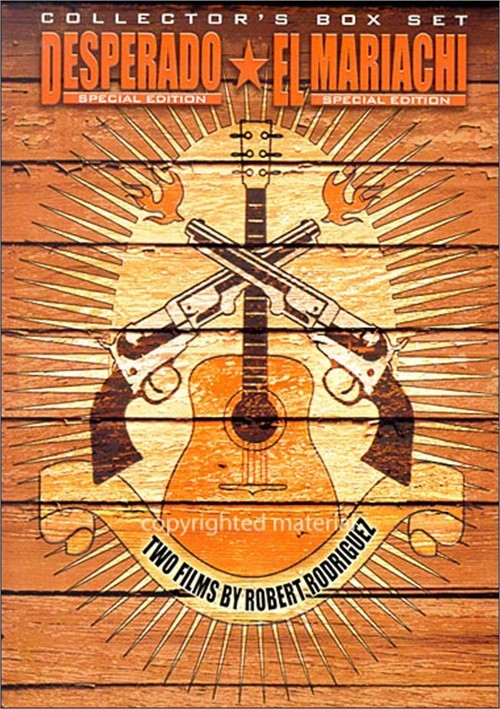 Antonio Banderas stars as the Mariachi without a name in this much-anticipated follow-up to the critically acclaimed 1992 hit, El Mariachi. This time the Mariachi (Banderas) plunges headfirst into the dark border underworld when he follows a trail of blood to the last of the infamous Mexican drug lords, Bucho (Joaquim De Almeida).

In this action adventure film a lone Mariachi musician enters a small town at the same time as a hitman. They both wear black and carry similar guitar cases, except the Mariachi's contains his beloved guitar and the hitman's is full of weapons-as a result the Mariachi finds himself ushered into a violent underworld of crime.

Please be advised that the version of El Mariachi on this disc does not contain an english dubbed audio track. It is only available in Spanish with English subtitles

Exclusive First Look at Once Upon a Time in Mexico

Exclusive First Look at Once Upon a Time In Mexico