Men Behind The Sun 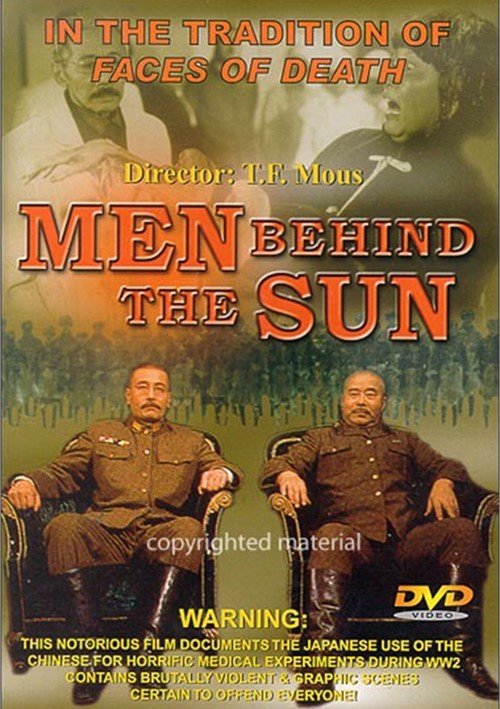 Men Behind the Sun is the true story of the prison camp, Manchu 731, where people were subjected to tremendous horrors. The film is powerful enough and hard to watch, but it's a film that should be seen by everyone to show that there were more victims that suffered during WW2 that you may have known about. Near the end of WW2, Japan is losing the war, so a prison camp is created to test new biological and chemical weapons that might be able to help them win. In order to test these weapons, the Japanese need test subjects, so they capture and use Chinese and Russians as guinea pigs for their cruel barbaric experiments. The Japanese refer to the test subjects as Maruta, which means material.

We follow the experiments performed on the Maruta by the crazy leader who runs the camp and a group of young boys who have are enrolled into the camp, but can't stand to deal with the cruelty.

Although all 731 members disappeared in the darkness and all their witnesses and records were destroyed, the bloody story of the devil "731 Bacterial Corps" marked the immortal history of true and real, cruel and merciless, evil and devilish...

Review "Men Behind The Sun"

Reviews for "Men Behind The Sun"