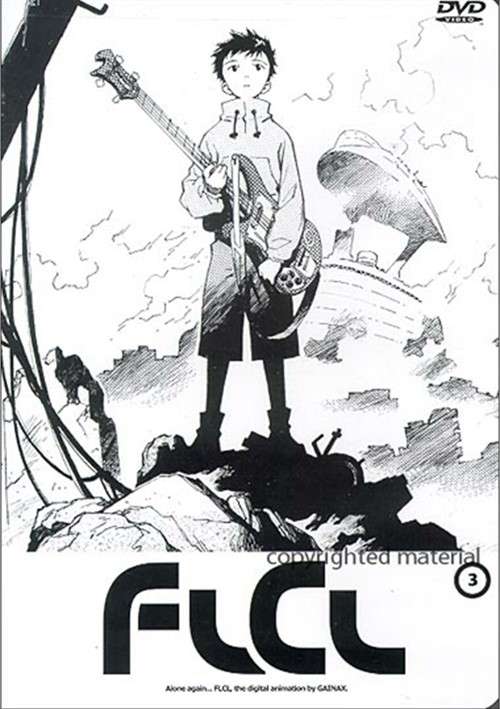 Mabase's safe for now, but there's a new kind of danger. Naota finds himself in the midst of a survival game, with Haruko on his team. With weapons blazing, it looks like Kitsurubami has joined the fray. And Amarao is getting his hair dyed? He's freshening up in anticipation to meet some girl from his past. So what exactly is his relationship to Haruko? Get out those guns, because not everyone will be left standing.

The end is near and both Haruko and Canti are at large. Now, Medical Mechanica is preparing to move. Before Amarao can do anything to stop it, he needs to find the terminal core. Meanwhile, a Takku-less Mamimi has found a new friend with an appetite for the mechanical. Before it's all over, Naota and Canti are in for the battle of their lives. And then, there is Atmosk. What a climax!