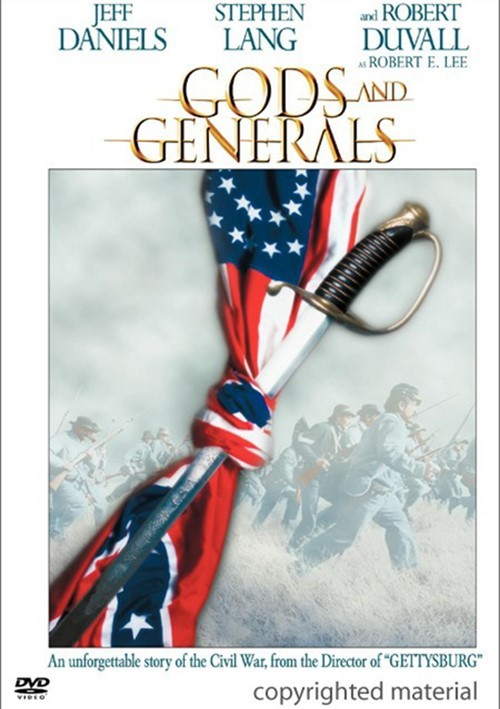 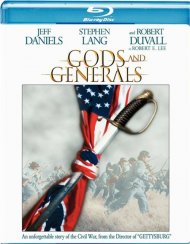 An unforgettable story of the Civil War, from the Director of "Gettysburg."

Based on Jeffrey M. Shaara's bestseller, God's and Generals recounts the fierce allegiances and combat of the early Civil War. Ronald F. Maxwell directs this epic prequel to his Gettysburg, framing the story with three bold men and three fateful battles. The men: Joshua Chamberlain (Jeff Daniels), "Stonewall" Jackson (Stephen Lang), Robert E. Lee (Robert Duvall). The battles: Manassas, Fredericksburg, Chancellorsville. Through these combatants and conflicts we witness the bravery and strife of a nation at war with itself.

3 Insightful Making-of Documentaries:
Journey to the Past, The African-American Slave Experience in the Film's Era
The Life of Thomas "Stonewall" Jackson, a close-up look at this complex military man
The Authenticities of the Film, about the movie's painstaking recreations of actual events.

Reviews for "Gods And Generals"