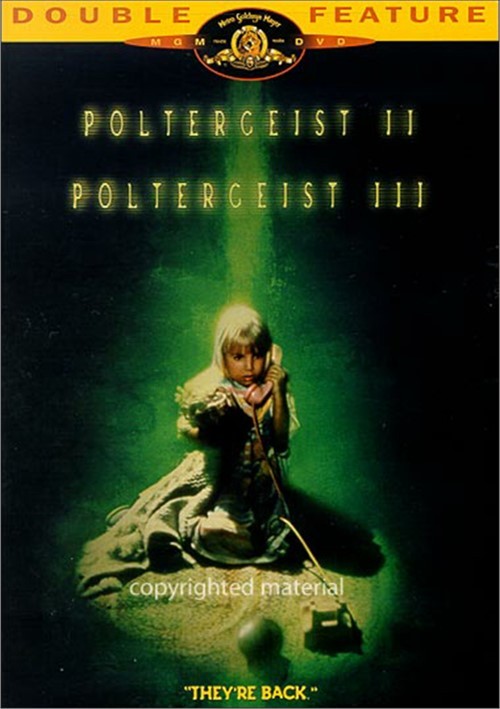 The sinister supernatural f-rces return in this heart-pounding otherworldly thriller filled with "jolting, state-of-the-art special effects" (Leonard Maltin). The Freeling family (JoBeth Williams, Craig T. Nelson, Heather O'Rourke) settles into a new home following the annihilation of their former residence by terrifying visitors from the netherworld. But the spirits of the dead are still hell-bent on luring the family's clairvoyant daughter Carol Anne to "the other side"!

They're back...again! And they're still looking for Carol Anne (Heather O'Rourke) in this riveting and climactic finale to the Poltergeist trilogy. Sent by her parents to live in a Chicago high rise with her aunt (Nancy Allen), uncle (Tom Skerritt) and cousin (Lara Flynn Boyle), Carol Anne must face demons more frightening as ever before, as they move from invading homes to taking over an entire skyscraper! "Ingenious and cleverly executed" (Los Angeles Times) special effects highlight this haunting chiller that takes terror to new heights!

Review "Poltergeist II: The Other Side"

Reviews for "Poltergeist II: The Other Side"