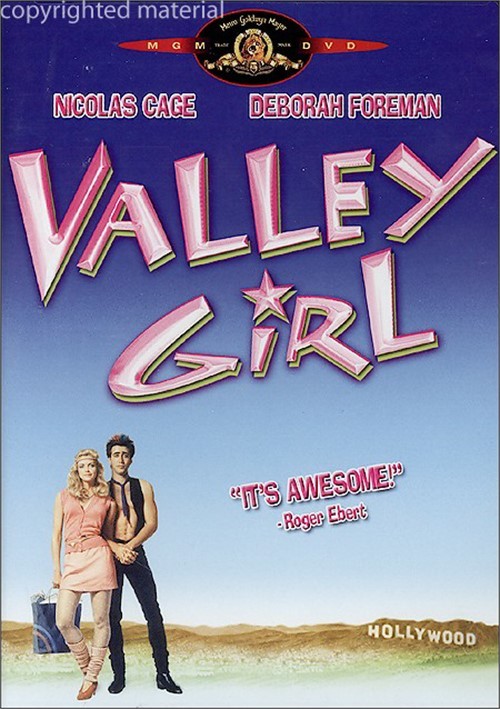 True love is only a zip code away!

Julie's cool, Randy's hot. She's from the Valley, he's, like,...so not! Nicholas Cage and Deborah Foreman star in this "sweet, fast, unpretentious [and] funny" (Los Angeles Times) romance that mixes preppies, punkers, and a "hit-filled soundtrack" (The New York Times) - including The Plimsouls and Modern English - into an iconic cult film that's "entertaining" (New York)... to the max!

Julie is, like, so over her preppy boyfriend, she dumps him on the escalator at the Galleria. And when she meets punker Randy, her eyes practically bug out because she thinks he is sexy even though he makes her friends gag! But even if Randy's ready to stop the world and melt with her, can Julie risk losing her friends and her super popularity at school just to be with him? I'm so sure!