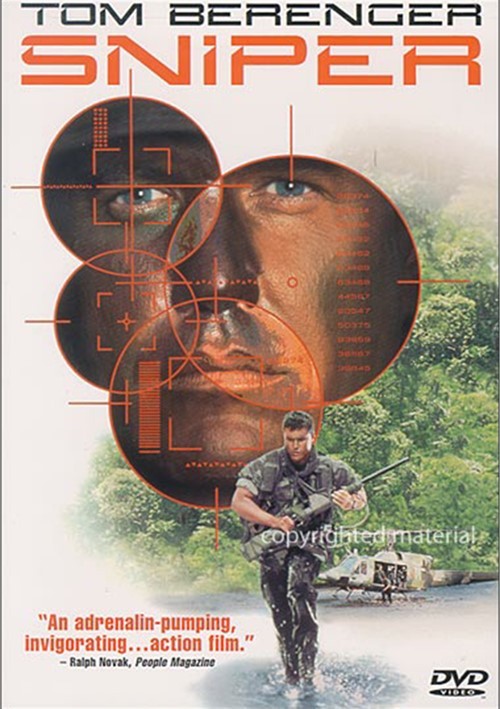 Their Mission required one good shot... and two people crazy enough to pull it off.

Tom Berenger and Billy Zane load their weapons for hair-trigger suspense and through-the-heart action in this non-stop guerilla adventure exploding with raw firepower. One shot. One kill. No exceptions. By that hard and fast rule, legendary Marine sniper Tom Beckett (Berenger) serves his lonely duty. With a dossier boasting 74 confirmed kills, he may be ready for his final assignment. But is he ready for his toughest? As his spotter, the Pentagon has chosen GS-9 Richard Miller (Zane)- a silver-medal marksman aiming for a Washington promotion. Together the bush-savvy gunner and the inexperienced bureaucrat must track down and eliminate a powerful rebel leader and his Columbian drug-lord financier. It's a suicide mission into the jungles of Central America, where a man carries his life in his hands- and lives it one bullet at a time.

Tom Berenger (Training Day, The Big Chill) and Bokeem Woodbine (The Big Hit, The Rock) star with Dan Butler, Linden Ashby and Erika Marozsan in the action-packed sequel to one of the most intense and explosive action thrillers of all time!

Sergeant Thomas Beckett (Berenger) is back and this time he's teamed up with a death row inmate named B.J. Cole (Woodbine) on a suicide mission to the Balkans. Their target: a rogue general accused of running a stealth operation of hit-and-run ethnic cleansing missions in an area known as "No Man's Land." But when Beckett discovers that the government is using him as a pawn in a bigger mission, the body count grows and bullets really start to fly!