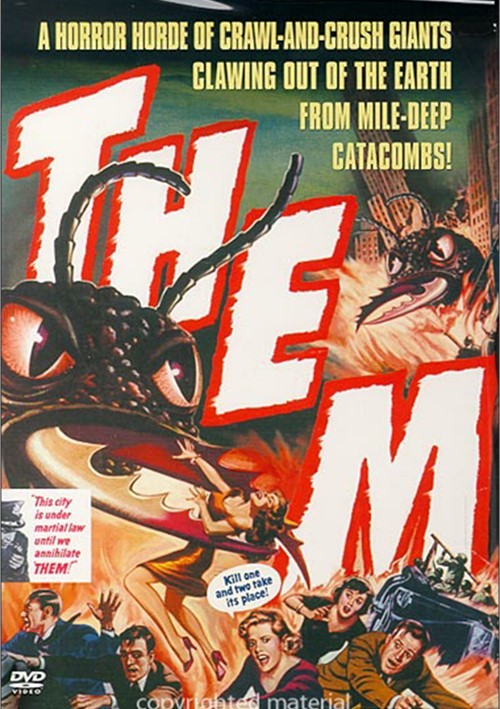 A horror horde of crawl-and-crush giants clawing out of the earth from mile-deep catacombs!

Man has split the atom and ushered in a new era. But how could he know he would also create Them?

Them! is a landmark movie about giant radiation-mutated ants that gets better with age and boasts remarkable, Academy AwardÂ®-nominated special effects. Starring James Whitmore, James Arness and Edmund Gwenn, Them! begins in New Mexico with a child wandering in shock, a ransacked general store - and a battered corpse full of enough formic acid to kill 20 men. It ends with an epic struggle in the 700 miles of storm drains under Los Angeles, where the insect hordes are beaten. But they're not conquered, because they spawned a generation of films about radioactive creatures. Some approximate the terror but few have equaled the artistry of Them!.