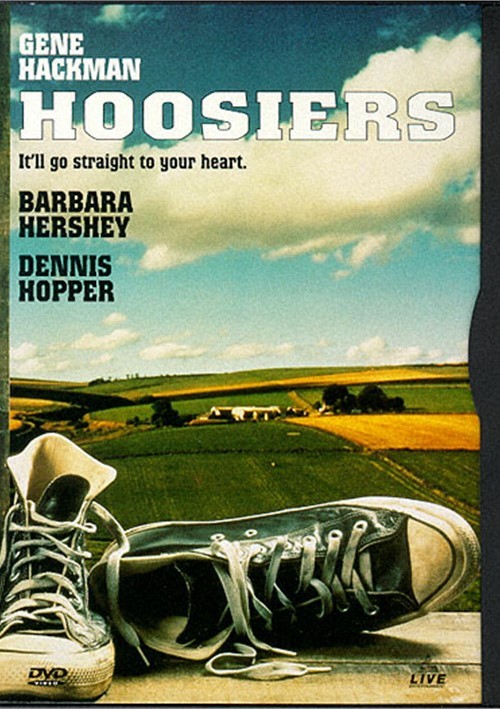 It'll go straight to your heart.

It's 1951 in Hickory, Indiana - a place that takes its basketball as seriously as its religion. Into this tiny town strolls Norman Dale (Hackman), a college coach, taking up the unenviable task of coaching Hickory High's eight-man hoop squad. Dale has been down on his luck for the last ten years and hopes this could be a fresh start. But several people have something to say about his suspicious training methods and unorthodox bench manner...the school's vice-principal (Hershey), who is keeping his best player in the classroom, the town drunk (Hopper), who is ruffling Midwestern feathers as the new assistant coach, and Dale's team, who are short on both height and discipline. The school and the town want him fired. But Coach Dale believes in two things - himself and his team. Amazingly, kids become captains...players become a team...losers become winners...has-beens become once-agains. Together they make history in Hoosiers.