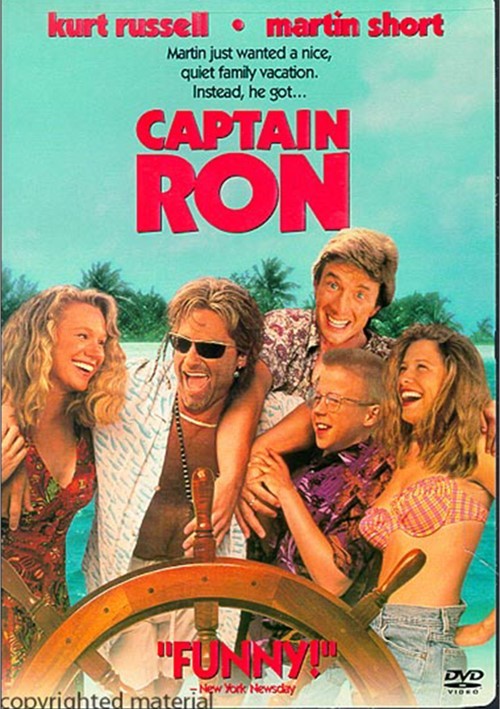 Climb aboard for the funniest high-seas misadventure in years!

Screen favorite Kurt Russell (Vanilla Sky, Stargate) teams up with funnyman Martin Short (Father Of The Bride I & II, Jungle 2 Jungle) in an outrageously wild comedy that's sure to drive you overboard! Russell plays hilariously laid-back Captain Ron - a vagabond seaman who charts a course for comedy when he skippers the newly inherited Caribbean yacht of corporate executive Martin Harvey (Short) and his family! With his dubious nautical skills, Captain Ron takes the helm and creates wave after wave of hilarity as he leads the Harveys on a wildly amusing oceanic voyage in their dilapidated sailing vessel, all the while driving well-meaning Martin Harvey off the deep end!