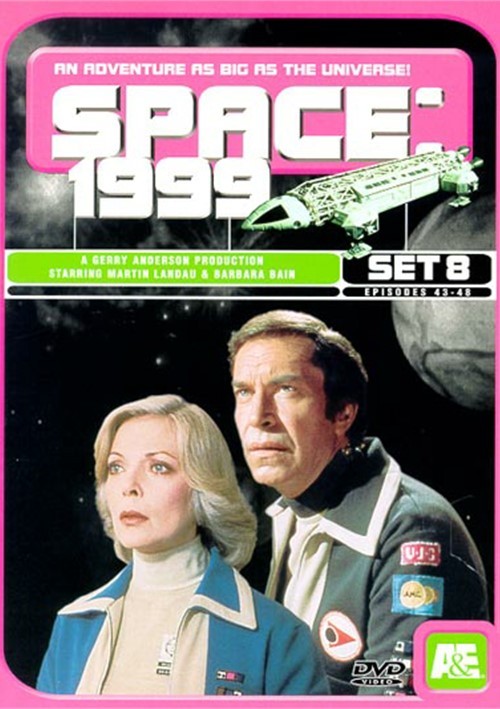 Witness the excitement of Space: 1999 as never before! Digitally remastered for a superior DVD presentation form the original 35mm elements! Uncut, with 12 minutes of additional footage not seen in areas of the U.S. during original broadcast release! Combing elements of science fiction, adventure and fantasy, Space: 1999 has claimed a worldwide following- finding a life beyond its titled date and securing its place in the 21st century and beyond.

Two Alphans are affected by a cosmic distortion enabling them with psychic powers. Now the battle for Alpha begins on an unexpected field of conflict - the mind!

Koenig must thwart a group of mutineers before it's too late to save the moon from colliding with a gigantic barren planet!

Maya, daughter of Mento, was thought to be the last survivor of the planet Psychon... until now.

Koenig unwittingly becomes a pawn in a warden's attempt to control the lives of a penal colony the size of an entire moon.

After Tony spies an alien presence he is driven into a killing rage. Within his madness however, is the key to immunity for the rest of the Alphans.

Powerful beings known as the Dorcons abscond with Maya for a medical procedure which will prolong the life of their leader - and leave Maya a mindless husk.