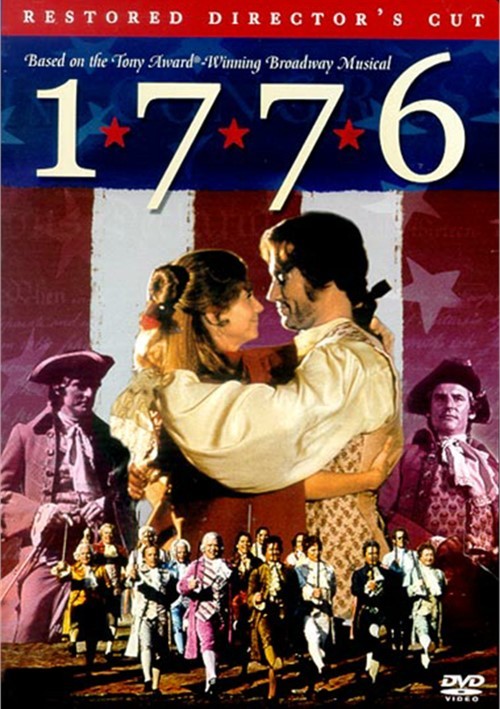 1776 is a delightful musical celebration of the founding of the United States of America based on the award-winning Broadway production. The story centers around the familiar historical characters as they organize a movement for independence from Mother England: the tough unyielding John Adams (William Daniels); the charming and pragmatic Benjamin Franklin (Howard Da Silva); the brilliant young Thomas Jefferson (Ken Howard), who is chosen to write the Declaration of Independence even as he longs for the company of his new bride Martha (Blythe Danner); and the rest of the Continental Congress. All events lead up to that most significant date July 4, 1776 when the Declaration was signed. Wonderful songs combined with history make this excellent family viewing.