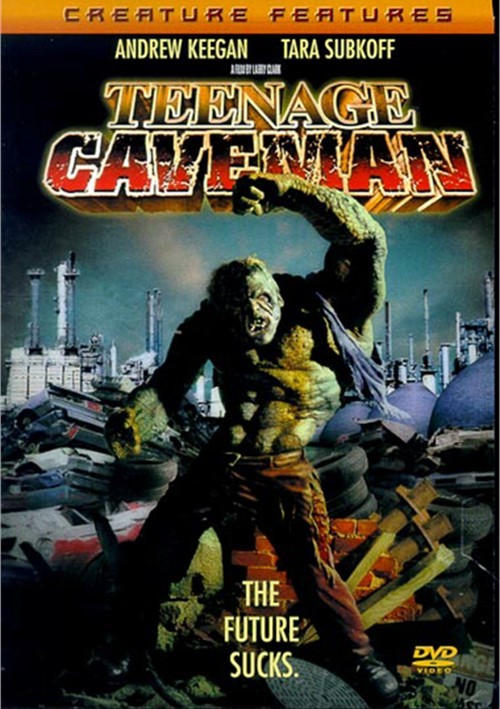 Teenage Caveman is a stylishly radical sci-fi thriller starring an impressive cast of up and coming actors including Andrew Keegan (O, The Broken Hearts Club: A Romantic Comedy), Tara Subkoff (The Cell, The Last Days of Disco) and Richard Hillman (Detroit Rock City, Bring it On). Controversial director Larry Clark (Kids, Bully) and writer Christos Gag (The Breed) take the horror genre to brave new places with this very original film featuring terrifying special effects. Get ready for a wild unconventional ride into a prehistoric future that you'll never forget!

David (Keegan) is frustrated with the repressive laws of his cave dwelling tribe. Restless, stubborn and defiant, his attitude problem turns deadly when he is f-rced to kill the tribe leader, his father, to protect his girlfriend. Now, banished to the dangerous and unexplored zone outside their cave, he and five of his teenage friends quickly discover the "old" world they only dreamed about has evolved without them- into a complex, seductive and ultimately terrifying nightmare beyond their wildest imagination!