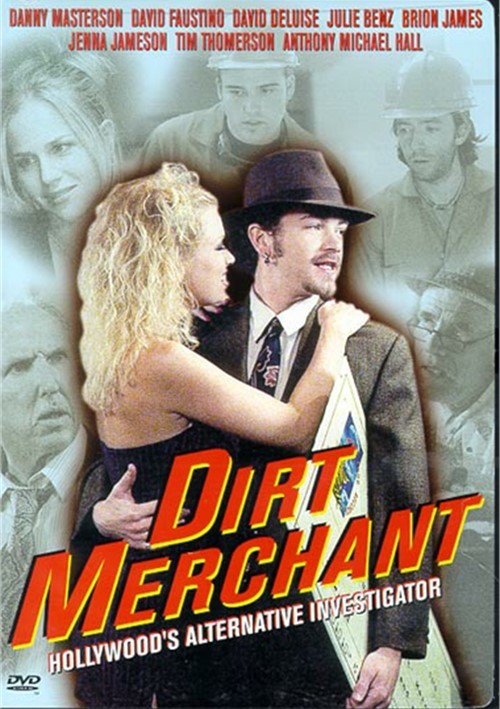 This hip, off-the-wall comedy about a slacker on the trail of a serial killer has been hailed as an "instant cult classic." Kurt "Dirt" Merchant (Danny Masterson) think he's going to make it big in the music biz, but instead gets fired by his sleazy boss and dumped by his luscious girlfriend. When Dirt discovers the body of a famous grunge rock star, he's framed for the murder. F-rced to find the killer, he soon plunges into a sex- and danger- filled journey through Hollywood's seedy underbelly. Many familiar faces are featured in this top notch cast, including David Faustino (Married With Children), David DeLuise (Jessie), Anthony Michael Hall, Tim Thomerson and Brion James, in roles that may surprise you. A new kind of detective story with a sexy rock 'n' roll edge, a dark sense of humor and a very mean chainsaw, Dirt Merchant really cleans up.