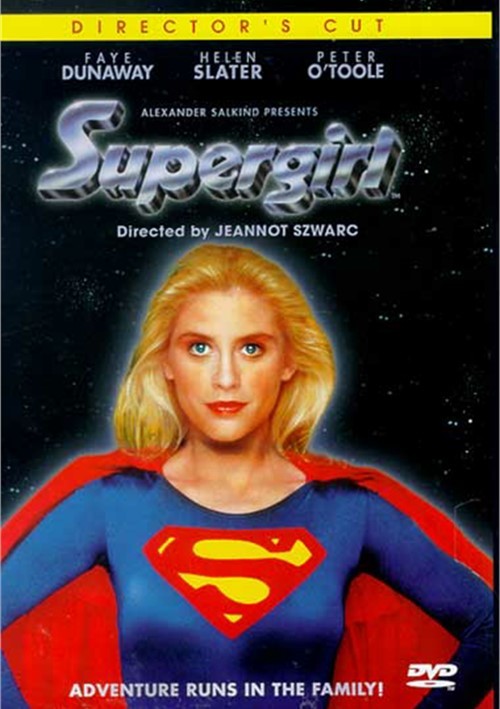 Adventure Runs In The Family!

When the planet Krypton was destroyed in a cosmic holocaust that claimed its great civilization, Kal-El (known to Earth as Superman) was believed to be the only survivor until now...

Safely hidden in the void of inner-space is the Kryptonian city of Argo - saved by the scientist Zaltar (Peter O'Toole) and powered by the magical courageous person can retrieve it! Her name is Kara... on Earth she is known as Supergirl (Helen Slater). Standing in her way is the evil sorceress Selena (Faye Dunaway) who has taken control of the fantastic power source. With her now super-powered black magic, the villainess is bent upon nothing less than world-domination! Can Supergirl retrieve the Omegahedron before it is too late?

This Director's Cut contains 24 minutes of long lost and recently rediscovered footage presented here for the very first time! Adventure soars higher than ever before!