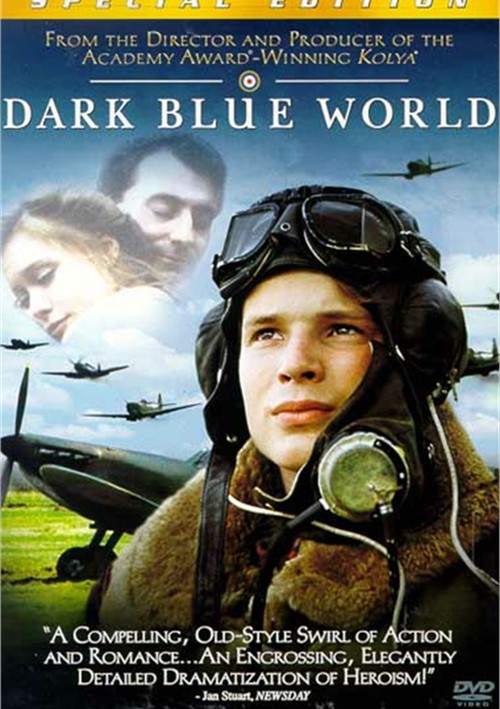 Having flown for the British Royal Air F-rce, Czech pilot Franta Slama (Ondrej Vetchy) finds himself imprisoned in a post-WWII totalitarian Communist labor camp for "betraying" his country. Rewinding this story, award-winning directory Jan Sverak takes us back to when Franta and his young protÃ©gÃ© Karel Vojtisek (Krystof Hadek) escape Nazi-occupied Czechoslovakia to join the RAF in fighting Germans.

Frustrated at not being allowed to fly against the enemy until they can speak English and their RAF re-training is complete, a strong father/son bond between Franta and Karel quickly develops. After three months of training they are finally sent into combat, but the stress of the war, plus their mutual love for a married English woman, tests their strong friendship.

Dark Blue World is a story about love, comradeship, and sacrifice told with the nostalgic sentiment of classic Hollywood movies and the romance and historical backdrop of World War II.