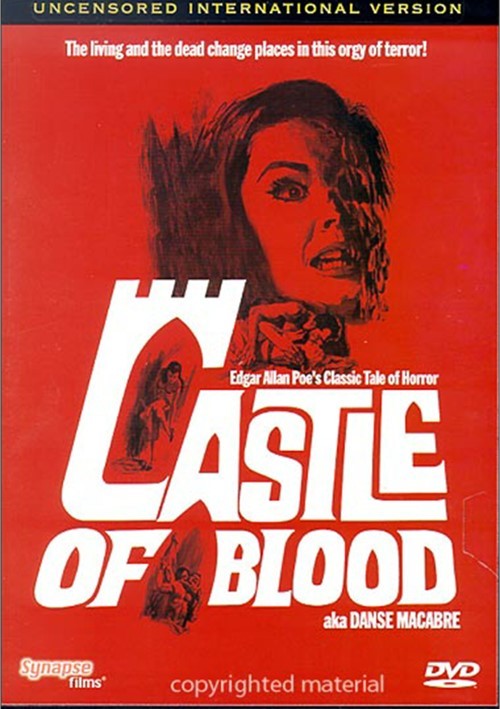 When American author, Edgar Allen Poe visits London, he is approached by British journalist Alan Foster, who becomes the target of a peculiar wager. Not believing Poe's assertion that all of his macabre stories have been based on actual experience, Foster accepts a bet from Poe and his friend Sir Thomas Blackwood that he cannot spend an entire night in the Blackwood's haunted castle. Once in the abandoned castle, Foster discovers that he is not alone. He is approached by two beautiful women, a handsome man and a doctor of metaphysics who explains they are lost souls... damned to replay the stories of their demise on the anniversary of their deaths!

This presentation of Castle of Blood features scenes not included in the original U.S. release. Because these scenes were never dubbed in English, they are presented here in French with English subtitles.

Reviews for "Castle Of Blood"