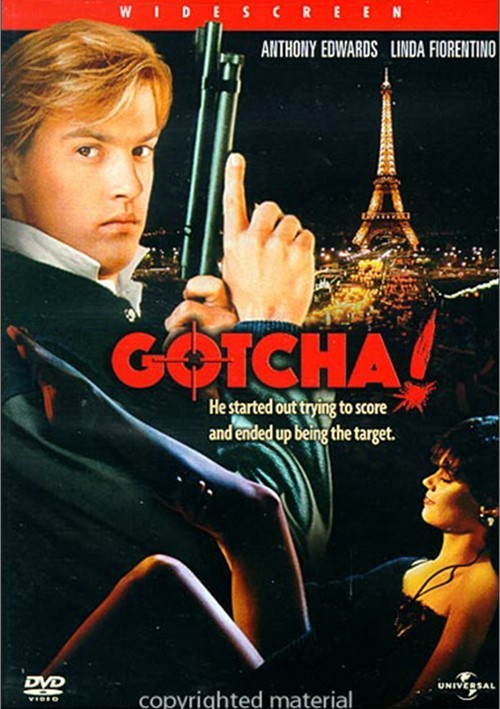 He started out trying to score and ended up being the target.

Anthony Edwards (TV's ER) and Linda Fiorentino (Men in Black) star in this comic thriller. Jonathan Moore (Edwards) is a shy UCLA veterinary student and the reigning champion at "Gotcha," a campus-wide paintball game. While on vacation in West Germany, he's seduced by an older woman, the sexy and mysterious Sasha (Fiorentino) who turns out to be an international spy. When he returns home to LA, there's a strange canister of film in his backpack and a team of KGB agents on his back. Suddenly he's in the middle of a real life-or-death game of "Gotcha," and every turn brings a brand new and often hilarious twist.