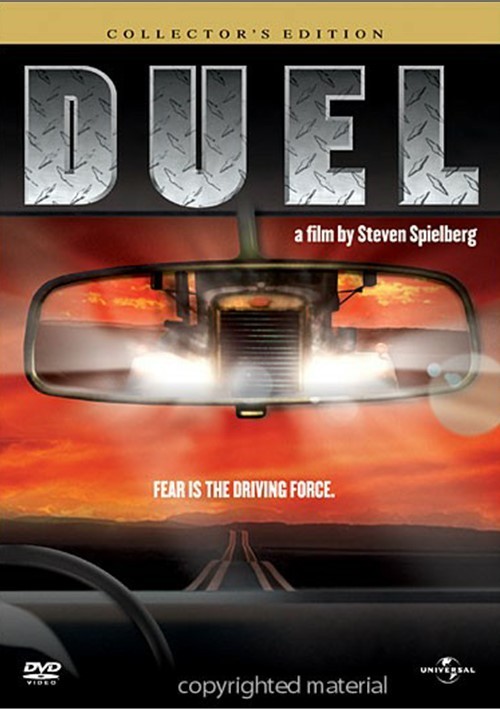 Fear Is The Driving F-rce.

Steven Spielberg directs this high-velocity thriller about a motorist terrorized by an evil truck. Spielberg's first full-length movie, Duel, helped jumpstart the director's big-screen career, with a gripping, action-packed story hailed by critics as a film that "belongs on the classics shelf reserved for top suspensers" (Daily Variety). Dennis Weaver stars as the traveling salesman waging a desperate battle for survival after he is mysteriously singled out. praised for its deft use of relentlessly mounting psychological tension, Duel features one of the most uniquely terrifying "characters" in movie history: a massive, 40-ton truck with sheer menace. A few years later, the action of Spielberg's blockbuster hit Jaws would echo Duel's tale of a lone hero in a heart-stopping fight to the finish against a monstrous, inhuman foe.