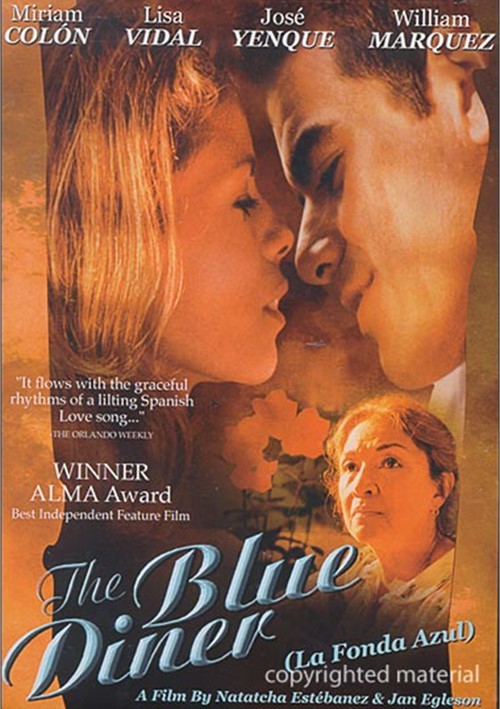 A film about food, family and love.

Blue Diner is the story of a Puerto Rican mother and daughter living together in Boston and the difficulties they face when the daughter, Elena, mysteriously loses her ability to speak Spanish, her first language. Everyone has a theory about Elena's misfortune, but no one knows for certain what caused the absurd and tragic event. As Elena's language disappears, her boyfriend's painting inexplicably appears at the museum where her mother works. As the relationship between mother and daughter deteriorates, the two women are f-rced to confront their past and their expectations for each other. A haunting song, a missing father and a plate of refried beans help to reunite Elena, her mother and cure her mysterious problem.

Scene Selections
Previews
Behind the Blue (Making of Documentary)

Reviews for "Blue Diner, The"