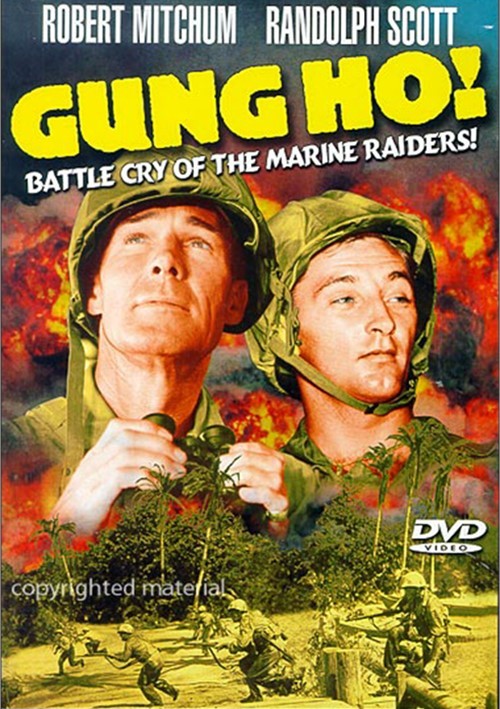 Battle cry of the marine raiders!

The treacherous sneak attack on Pearl Harbor was fresh in their minds...

Gung Ho! dramatically tells the story of the Second Marine Raider Battalion, the group formed six weeks after the attack on Pearl Harbor. The battalion's purpose was to raid Japanese-held islands and claim them for the United States. Led by Colonel Thorwald, the men endure grueling combat training in preparation for their first mission: to annihilate the much larger and firmly entrenched Japanese garrison on Makin Island. Intense battle sequences highlight this exciting morale booster of a movie.