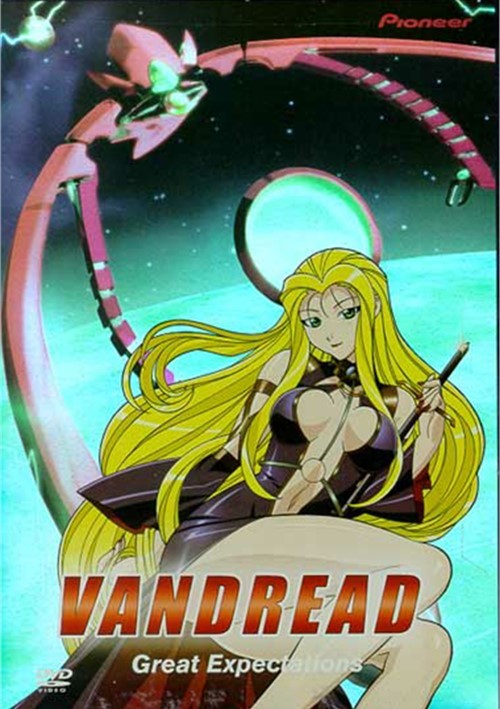 As if running from dangerous aliens wasn't hard enough, Hibiki makes and enemy out of Rabat, a trouble-making peddler with an unhealthy interest in Drita and the Vandred. Then the Nirvana discovers a stranded human colony that awaits the prophesized "Munya." When the aliens attack, Hibiki and Jura finally combine to form a Vandread! Initially, Jura is not happy with the results, but soon finds that there is a certain elegance in being able to put a protective barrier around an entire planet.