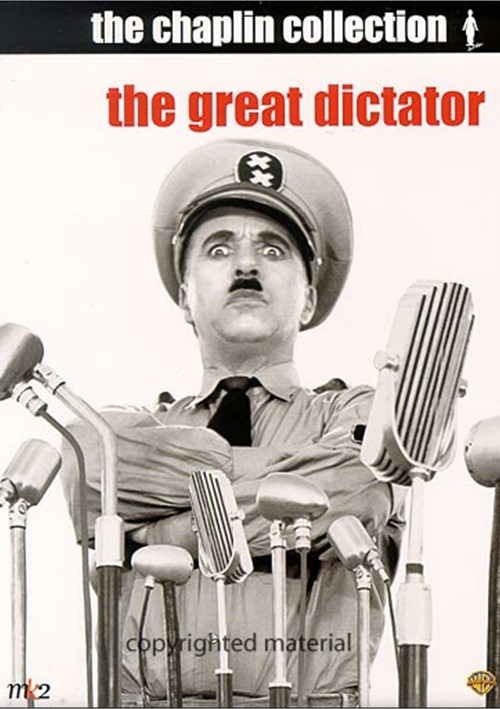 Come heil or high water, Charles Chaplin is in the fight! And the result is a celebrated classic honored in 2000 as one of the American Film Institute's Top- 100 American Comedies.

The U.S. was not yet in World War II when Chaplin leveled his comedy arsenal at Der Fuhrer by playing the dual roles of Hitler-like Adenoid Hynkel and a Jewish barber who is a dead-ringer look-alike for der Nutsie. Puns, sight gags and slapstick abound as Chaplin skewers fascism, balancing his attack with poignant scenes of a ghetto in the clutches of storm-trooping terror. Immortal bits include Hynkel's besotted dance with a globe, the upside-down flight and Hynkel and a Mussolini-like Jack Oakie madly cranking their barber chairs higher and higher. Great comedy meets great filmmaking passion in The Great Dictator.

All-New Digital Transfer
Interactive Menus
Scene Access
The Tramp and the Dictator - Documentary by Kevin Brownlow and Michael Kloft, which parallels thelives of Chaplin and Hitler, born the same week of the same year.
Color Behind-the-Scenes Footage
Charlie The Barber - Twenty years before The Great Dictator, a scene shot by Chaplin for his short, Sunnyside, but deleted fromt he finished film.
Scene from Monsier Verdoux(1947)
Scenes from films in the Chaplin Collection
Poster Gallery

Reviews for "Great Dictator, The"