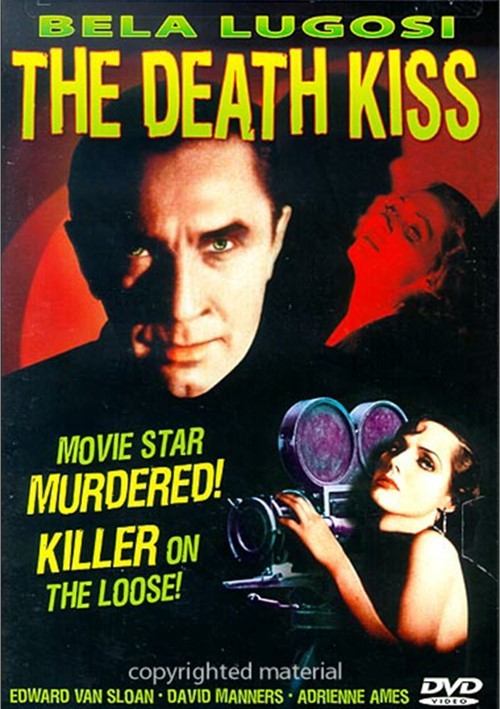 When an actor in a mystery film called The Death Kiss ends up killed during a drive-by shooting scene, the films screenwriter Frank Drew (David Manners) takes it upon himself to investigate. Among the suspects are an actress named Marcia Lan (Adrienne Ames), who is not only the dead actor's widow but also the screenwriter's lover, and Joseph Steiner, an arrogant studio executive played by Bela Lugosi.

In this behind-the-scenes murder mystery, the film's director Edwin L. Martin reunites David Manners and Edward Van Sloan with the brooding intensity of Lugosi in ways surprisingly different from their classic collaboration in Dracula. Barringer and Kahn's screenplay of back-stage Hollywood is an early instance of blurring the line between reality and cinema. The end result is an overlooked classic murder mystery which is surprisingly intriguing and thoroughly entertaining.

The startling color-tinted sequence is as effective today as it was in 1933.

Reviews for "Death Kiss, The (Alpha)"