I Am Trying To Break Your Heart: A Film About Wilco By Sam Jones 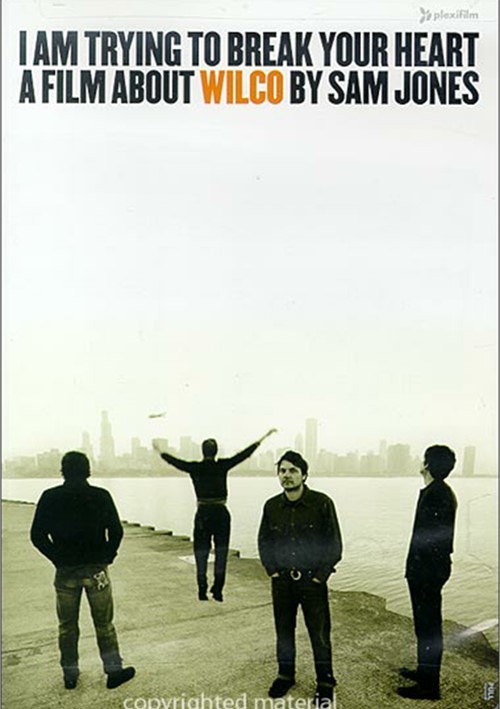 In the Fall of 2000, Wilco entered the studio to record their highly anticipated Fourth Album

Building on three critically acclaimed records and a reputation for phenomenal live shows, the band seemed positioned to cement its reputation as one of the great American rock groups. So how is it that one year later, with completed record in hand, the band found itself rejected by its corporate label and missing two of its original members? First time filmmaker and award winning photographer Sam Jones was on hand, chronicling this turbulent chapter in Wilco's history as it unfolded.

Throughout the film, Jones tempers the backstage dramas and unfathomable corporate shenanigans with inspired live performances, as frontman Jeff Tweedys and company perform songs from Yankee Hotel Foxtrot and previous Wilco albums. Shot in luminous black and white, I Am Trying To Break Your Heart is a riveting portrait of a band making the best music of its career.

Review "I Am Trying To Break Your Hear"

Reviews for "I Am Trying To Break Your Hear"