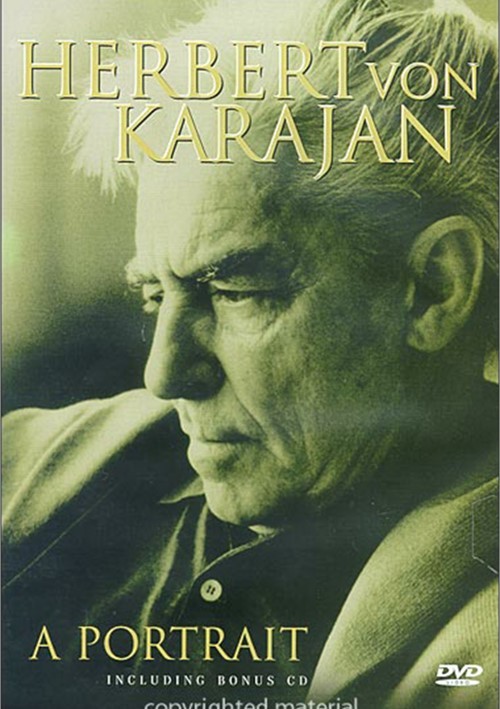 Perhaps nobody in the second half of the twentieth century more completely dominated European orchestral music than the great conductor, director, and teacher Herbert von Karajan. This DVD package, focusing on an artistically sensitive biographical film, offers unusually thoughtful and compelling views of a man who embodied the grandest of the classical traditions.

Herbert von Karajan: A Portrait departs from clichÃ©d images of this imposing and charismatic artist, looking behind the drama of his style and the superstardom of his career to rehabilitate his reputation as technically and aesthetically one of the most proficient conductors of his time. Archival footage of Karajan leading a variety of orchestras-from his renowned Berlin Philharmonic to the European Community Youth Orchestra-show him as not only extraordinarily intense and powerful but also warm and engaging. Seiji Ozawa and Anne-Sophie Mutter, among other star musicians and former students, evoke the seminal influence of Karajan in their lives with anecdotes and reminiscences both humorous and moving, and Karajan himself describes his youth and early struggles. (We also see him teaching master classes and directing opera).

While the music of great composers-Mozart, Bizet, Beethoven, Dvorak, to name only a few-is naturally heard throughout, the film also takes an unflinching look at conflicts in the career of a great but flawed artist. Karajan's alleged relationship with the Nazi party is examined with fairness and clarity-and 1941 footage of German musicians arriving in Paris dramatizes the issue. The conductor's post-war career, which brought with it a sometimes overwhelming role as a pampered cultural star, is also brought out in superb archival detail. The package includes a free audio CD: Karajan conducting the Concertgebouw Orchestra in Amsterdam.