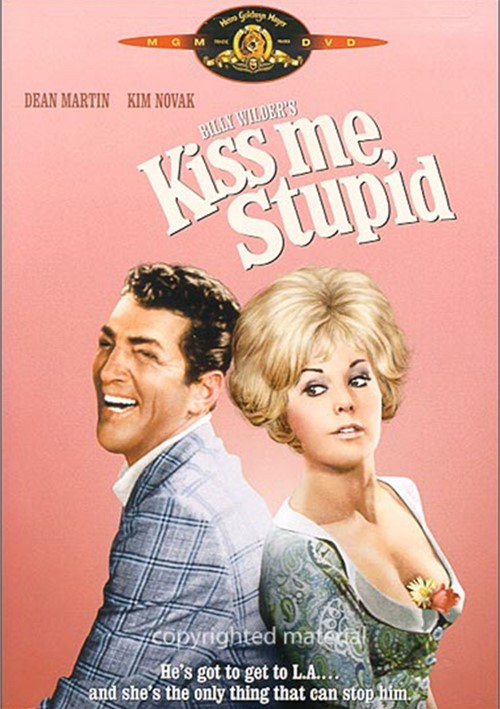 Dean Martin is full of charm, wit and snappy one-liners in this "sly, irreverent, brash and daring comedy" (The Film Daily) from the legendary team of Billy Wilder and I.A.L. Diamond (Some Like It Hot, The Apartment)!

When the world-renowned singer "Dino" (Martin in a hilarious self-parody) passes through Climax, Nevada, he doesn't count on meeting two would-be songwriters with a plan to trap him there and serenade him with their songs. But then again, they weren't counting on Dino's insatiable appetite... for wine and women! And when one of the men learns that his own wife was once president of Dino's fan club, he hires a replacement wife (Kim Novak) to help lure the carousing star into a song-buying mood!

Reviews for "Kiss Me, Stupid"