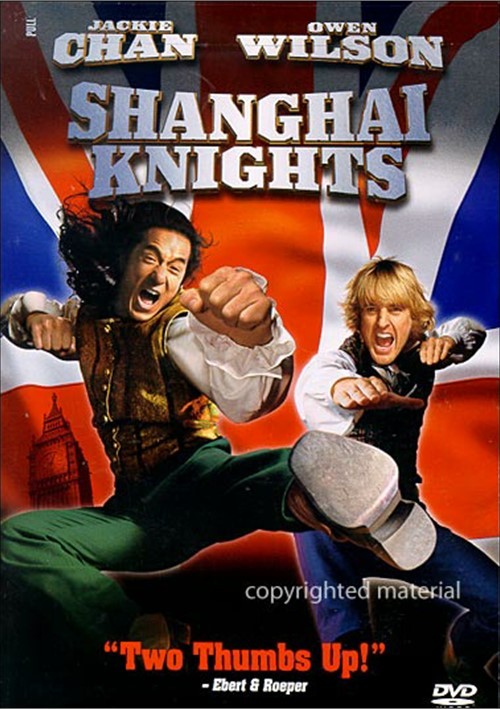 Jackie Chan (Rush Hour 2) and Owen Wilson (The Royal Tenenbaums) jump back in the saddle for Shanghai Knights, the hilarious sequel to the hit action-comedy Shanghai Noon. When Chon Wang (Chan) gets news of his estranged father's murder in Shanghai, he leaves his honorable life as Carson City's sheriff in a cloud of dust and reunites with his yarn-spinning sidekick, Roy O'Bannon (Wilson). Together they make their way to London on a daring quest for honor and revenge. Hilarious escapades and hair-raising adventures ensue as our heroes find themselves in the middle of a devious plot to eliminate the entire royal family. And Chon gives Victorian Britain a royal kick in the pants as he tries to avenge his father's death and keep love-struck Roy away from his sister!