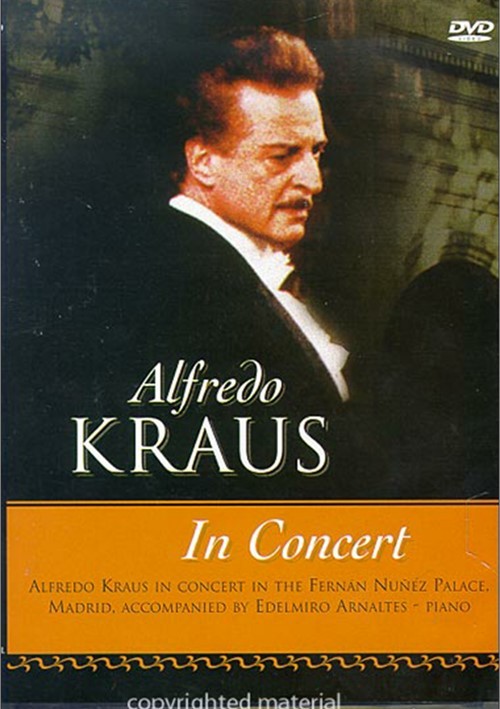 The late tenor Alfredo Kraus performs in an unusually spare concert setting. A wealth of beautiful art songs and arias are given to Kraus's stylish and passionate treatment, accompanied only by piano, in a series of palatial 19th century rooms with superb acoustics.

Kraus-who performed to enormous acclaim in the great opera houses of the world for more than forty years-here interprets dramatic and highly emotional works by such composers as Dupare, Massenet, and Turina. As he sings without the trappings of costume, orchestra, and sets, the depth of the singer's warm, rich tenor can be appreciated with unparalleled intimacy.

While Kraus sings many of the major roles of the operatic repertoire, his Spanish heritage also gave him a love of Spanish operetta, or zarzuela, with its roots in Spanish and Andalucian folksong. The works of Turina featured in this program bear out the lifelong commitment-yet the singer invests works by other composers, too, with his trademark blend of debonair control and expressive passion.

Opera lost a great artist when Alfredo Kraus died in 1999. Fortunately, this beautiful and very personal performance captures the singer's taste, warmth, and style for all time.

Reviews for "Alfredo Kraus In Concert In Fe"