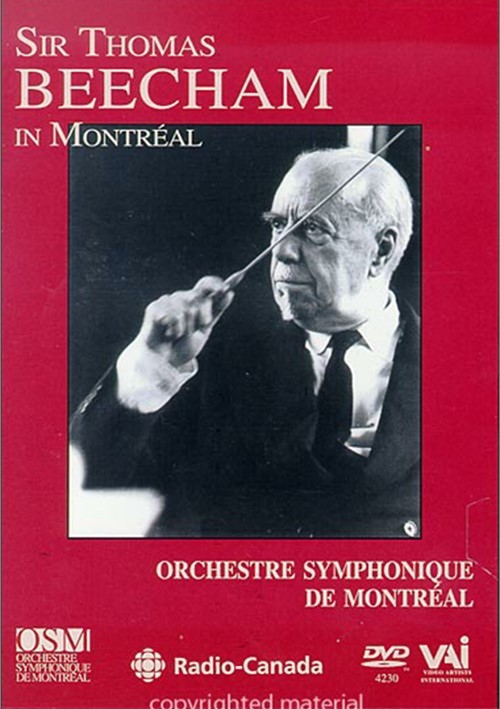 Sir Thomas Beecham (1879-1961) was one of the most venerated and celebrated conductors of his time. Though he was renowned for his rapier-style wit, Sir Thomas was a serious, extraordinarily gifted musician who illuminated even overly-familiar works with his own magical light.

Sir Thomas's television appearances, were, surprisingly, largely limited to North America. His concerts were captured by cameras in Chicago, Toronto and Montreal, but, apparently, only once in his native country. The Montreal concert, which took place in 1956, is the earliest of Sir Thomas's extant television appearances. For many years, the original kinescope was through to have been lost; it was only recently discovered and restored to the Montreal studios of Radio-Canada. This historic document, comprised of music of the two composers closest to Sir Thomas's heart, is of major importance both to Beecham collectors and to all lovers of great music. Video Artists International is proud to have played a part in its rediscovery and release.