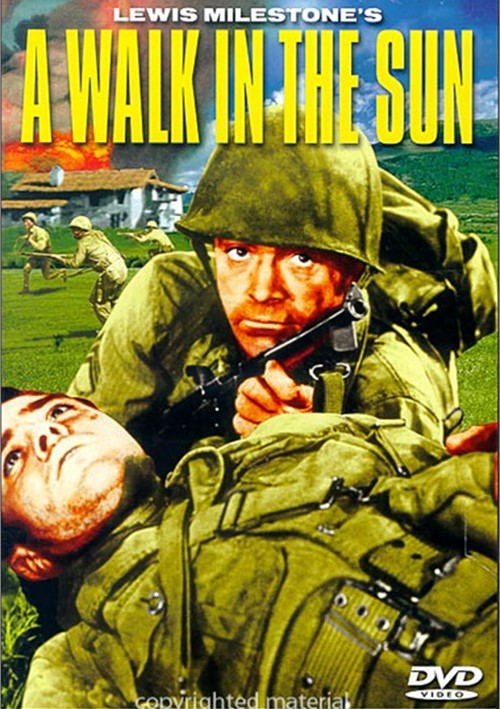 Sgt. Tyne (Dana Andrews) becomes the leader of the platoon after their lieutenant is killed in battle near Salerno. Reluctantly, he guides his men through combat, incurring heavy losses as they see action unlike anything they've ever known before. The one stumbling block on their march to Rome is a farmhouse where Germans have holed up to mount a defense. As the platoon repels the enemy in brutal skirmishes, the men form a bond between battles that is summed up by their repeated motivational phrase: "Nobody dies." This riveting war drama is considered by many to be the best World War II movie ever made. Director Lewis Milestone (All Quiet on the Western Front) delivers an unsentimental, funny, first rate character study framed in action and filled with tense reflection and hard fought conclusions, culminating in the blood curdling final assault on the German held farmhouse. Unflinching and honest, this is compelling war drama with realistic dialogue and marvelous acting from Andrews and cast. Based on a novel by Harry Brown.

Reviews for "Walk In The Sun, A (Alpha)"