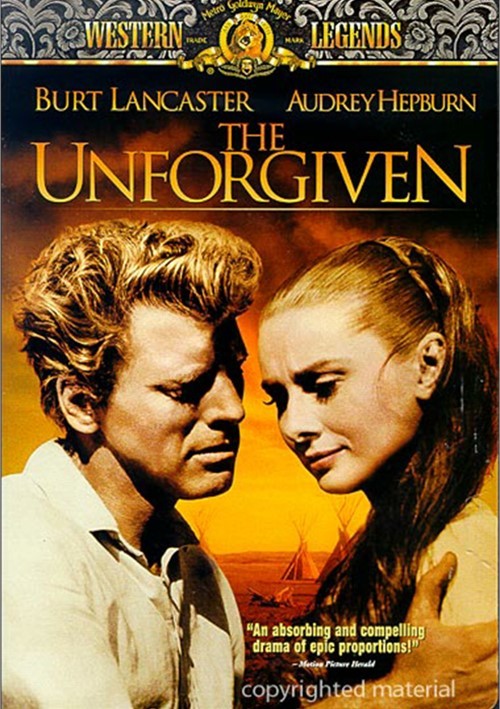 Legendary director John Huston is "at the top of his form" (Time) with this "powerful, exciting" (The Film Daily) tale of forbidden love set against America's most rugged and ruthless frontier. Starring Burt Lancaster, Audrey Hepburn and Lilian Gish, and featuring a script by Ben Maddow (The Way West), The Unforgiven is a "tough, Texas saga filled with pride, prejudice and passion" (Video Movie Guide)!

Indian by birth, but secretly adopted by whites, Rachel Zachary (Hepburn) soon becomes the target of lawless racism and brutality when her true identity is revealed. The Indians want her back, the local whites want her dead, and her only hope for survival is a man (Lancaster) who must face the most terrifying fight of his life-to save the woman he loves!

Reviews for "Unforgiven, The"