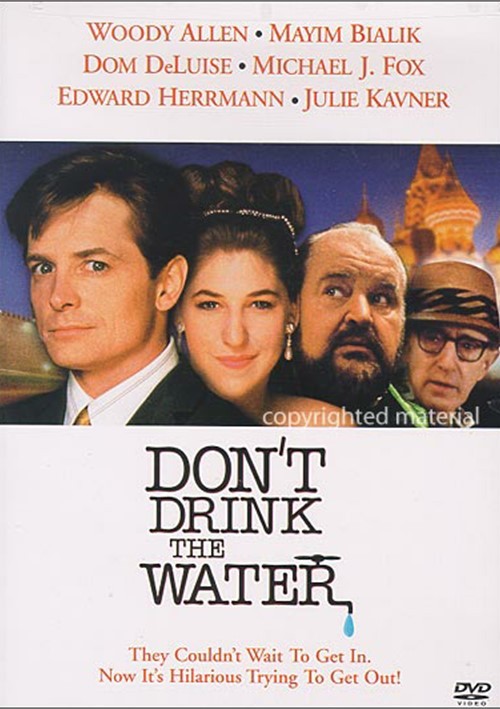 They couldn't wait to get in. Now it's hilarious trying to get out!

Ever-popular favorites Michael J. Fox (Mars Attacks!, The American President) and Woody Allen (Small Time Crooks, Deconstructing Harry) star in this hilarious comedy where an outrageous mix-up labels an unsuspecting family of American tourists as a notorious ring of spies! The Hollanders are enjoying their trip behind the Iron Curtain until Walter (Allen) innocently snaps a picture of the sunset...over a politically sensitive area! Before he knows it, his family is the focus of a major international espionage incident! F-rced to seek refuge at the American Embassy-it's up to the Ambassador's diplomatically inept son (Fox) to keep the Hollanders from landing behind bars! With Mayim Bialik (Beaches, TV's Blossom), Dom DeLuise (Robin Hood: Men In Tights) and Julie Kavner (Deconstructing Harry, TV's The Simpsons) in a great cast of familiar faces-you'll laugh along with the hapless Hollanders as they find out just how hard it is to get around the Iron Curtain!

Reviews for "Don't Drink The Water"