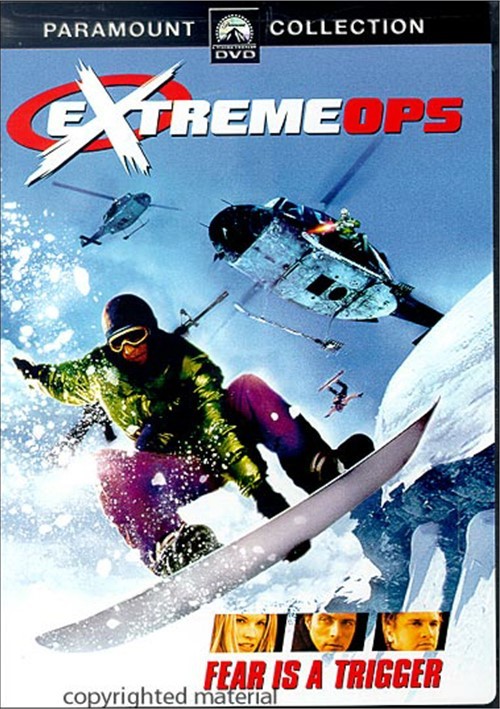 Fear is a Trigger

Bursting with adrenaline-pumping action, breathtaking suspense and the most amazing extreme-sports sequences capture on film, Extreme Ops takes you for the ultimate thrill ride.

On a remote Austrian mountaintop, a film crew, three daredevil American snowboarders, and a professional downhill skier have gathered to shoot a spectacular stunt for a TV commercial. The stunt is perilous but an even greater danger soon appears-known terrorists are hiding near the crew's camp. Now the extreme athletes must use their extraordinary skills for their greatest challenge: to stop a terrorist threat...and escape a treacherous mountain with their lives.