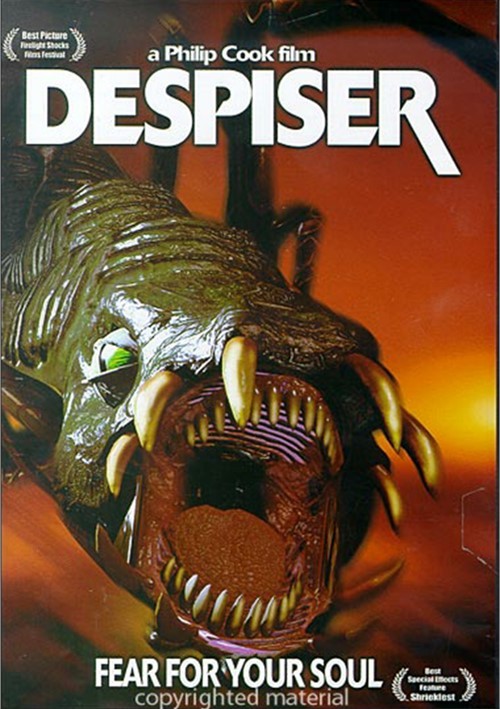 Fear For Your Soul

Life couldn't possibly be worse for Gordon (Mark Redfield) after losing his job, his house and being dumped by his wife...until he wrecks his car and finds himself in purgatory, that is.

Once there, he is attacked by fanatical Shadowmen and their legions of d souls, the Ragmen. Rescued by a band of eccentric freedom fighters, people from different periods of time who had lost their own lives in noble sacrifice, he sets off on a wild adventure through the surreal landscapes of purgatory to battle the Despiser, an evil being who reigns supreme in this seemingly God-abandoned halfway house...somewhere north of hell and south of heaven. Fighting for their lives and ultimately their redemption, the fighters' quest leads them to a dark macabre fortress where their fates will ultimately be decided.

Extraordinary visual effects, wild car chases, intense action and loads of pyrotechnics from an original and imaginative work of adventure, horror and fantasy from Writer/Director Philip Cook in the world of...Despiser.