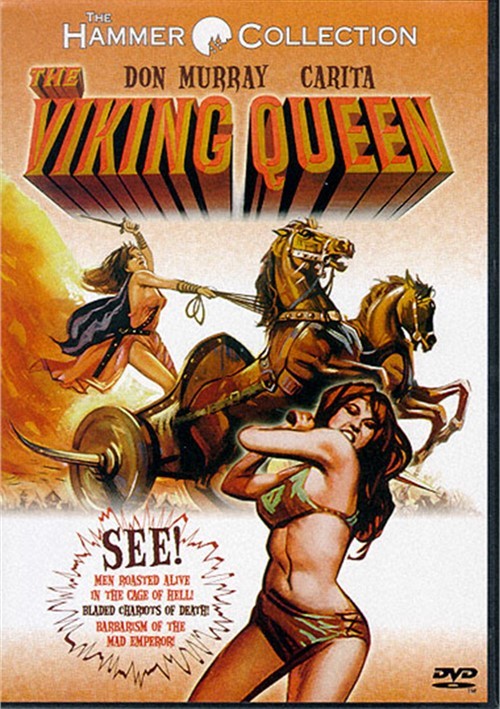 See Men Roasted Alive In The Cage Of Hell! Bladed Chariots Of Death! Barbarism Of The Mad Emperor!

Following her father's death, Salina assumes his reign over ancient Britain to carry through his wishes of peaceful existence under Roman domination. She is strongly attracted to Justinian, the humane Roman Governor General who treats the subject Britons with tolerance despite the urgings of harsher measures by his second-in-command Octavian.

When Justinian is distracted by a distant rebellion, Octavian starts up a terror campaign of extortion and cruelty which Salina firmly opposes. At the reins of a knife-hubbed chariot, a fiery goddess of war, Salina leads the men and women of her tribe in a sweeping attack against Octavian. A tremendous battle ensues leaving Salina with a choice between her love for Justinian and justice for her people.

Reviews for "Viking Queen, The"