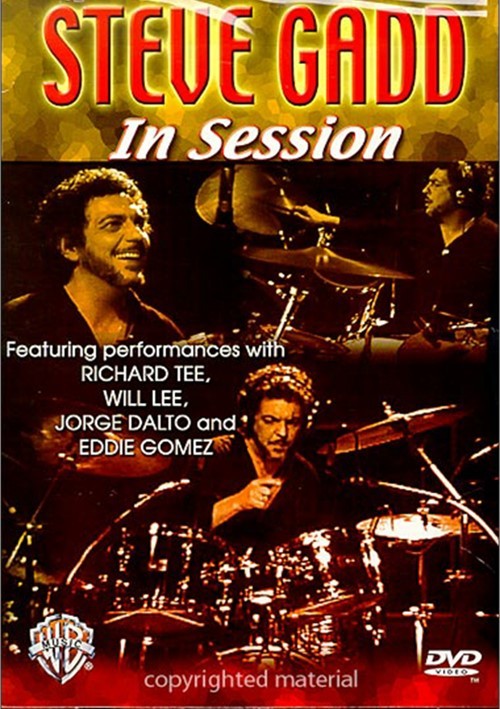 Steve Gadd is one of the most recorded drummers of all time. He has set new standards for the art of drumming, and his unique contributions can be found on albums by Chick Corea, Paul Simon, Paul McCartney, and Frank Sinatra, among hundreds of others. His influence can be heard in the playing of virtually every contemporary drummer.

In Session features Steve in studio with two all-star rhythm sections include Jorge Dalto, Eddie Gomez, Richard Tee, and Will Lee. Viewers sit in as these players arrange and perform tunes that illustrate a variety of styles, including funk, be-bop, reggae, and ballads. The high points of the video feature Gadd demonstrating several explosive Latin feels-and then explaining how he did them-topped off by some of the most exciting solos Steve has ever recorded.

Reviews for "Steve Gadd: In Session"