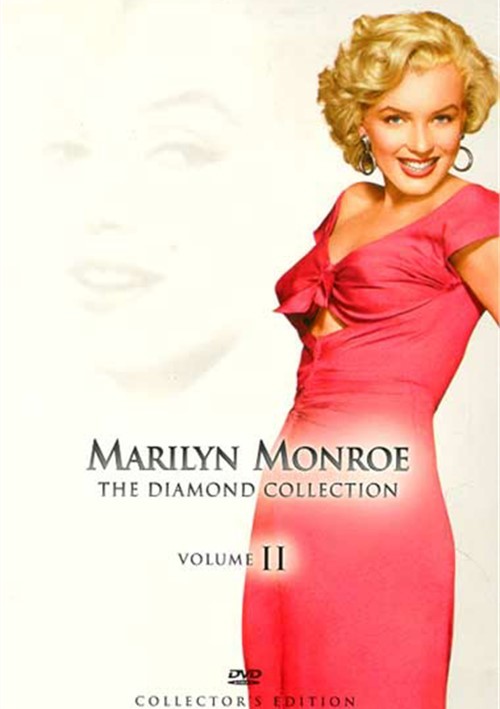 A beautiful babysitter (Marilyn Monroe) begins an affair with one of the guests (Richard Widmark) in the hotel where she is a live-in babysitter. But when the child she cares for interrupts their lovemaking, Monroe becomes a dangerous madwoman. Also starring Anne Bancroft, the chilling, provocative "Don't Bother to Knock" brilliantly showcases Monroe in a rare portrayal of a truly dark character.

When billionaire Jean Marc Clement (Yves Montand) learns he is to be parodied in an upcoming theatre production, he lands a part in the show- playing himself! Immediately smitten with his co-star Amanda (Marilyn Monroe), who does not return his affection, Clement tries desperately to improve his stage presence in hopes of winning her over. Directed by George Cukor, "Let's Make Love" features Marilyn singing "My Heart Belongs to Daddy."

In this comedy classic, a chimpanzee gets loose in Dr. Barnaby Fulton's (Cary Grant) lab and accidentally completes the youth formula Fulton has been working on for years. But the industrious chimp also dumps the potion into the office water cooler- which becomes clear only when Fulton's staff mysteriously grows younger and younger. The chemistry really explodes when his voluptuous secretary (Monroe) gets a taste of the potion.

A vacationing couple, George and Rose Loomis (Joseph Cotton and Marilyn Monroe), rent a quaint bungalow at romantic Niagara Falls. But Rose and her lover plan to murder the unsuspecting George- in the falls! A dramatic departure from her more upbeat roles, Monroe's fascinating performance as the scheming murderess paints a powerfully dark portrait of human sexuality.

After his wife dies, Matt Calder (Robert Mitchum) and his young son begin a new life in the breathtaking, rugged Northwest wilderness, where Matt is robbed and beaten by ruthless gambler Harry Weston (Rory Calhoun). When Weston's beautiful fiancÃ©e (Marilyn Monroe) then decides to nurse Calder back to health, the insanely jealous Weston risks their lives by taking them all on a ride down a treacherous river.