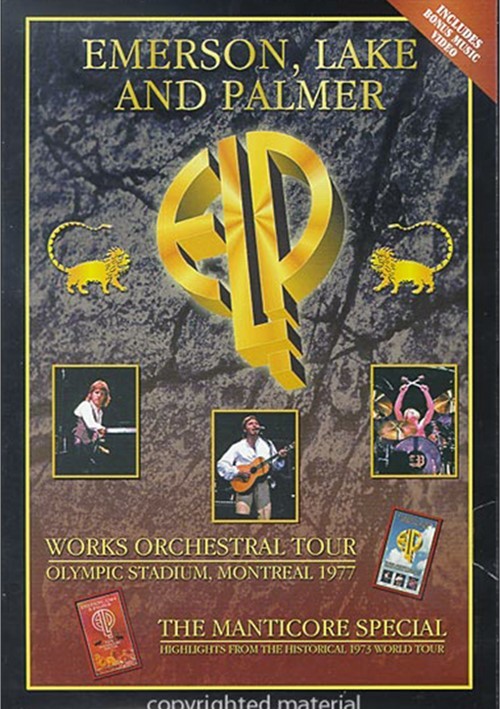 Shot on August 26th, 1977 at Montreal's famed Olympic Stadium, this concert film documents ELP's legendary Works Tour, where, in 1977, Keith Emerson, Greg Lake, and Carl Palmer, became the first rock band to assemble and tour with a full 65 piece symphony orchestra. Pulling this concert off was no small feat for the members of ELP, who were under enormous pressure when this performance occurred before a sellout audience of 70,000 enthusiastic fans. At show time, however, it all came together in a powerful combination of musicianship, sound and lights.

Now available for the first time on DVD, this will put you in the front row for a concert that no one in the audience has ever forgotten!

Step into the rock 'n' roll time machine and experience first hand the magic and excitement of Emerson, Lake and Palmer as they were in 1973. Filmed while the band was writing, recording and touring the materials that eventually became the Brain Salad Surgery album, this historic film captures the legendary British rock band during what was unquestionably one of the most artistically fertile phases of its entire career.