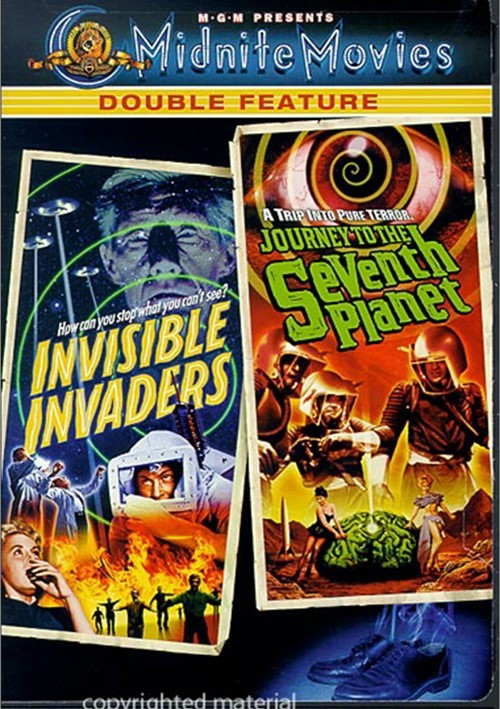 There's not just one man but armies of men on the moon...and they've come to take over the Earth-one corpse at a time! Perfecting their body-snatching skills, invisible moon-men have taken over our dead! Can a scientist, a sergeant and a sexy gal figure out a way to destroy these invading grave robbers and defeat their transparent plot?

Journey To the Seventh Planet

In futuristic 2001, the UN has sent a special team of scientists to explore Uranus. And what this interstellar crew discovers is a planet not unlike Earth-complete with a small Danish village filled with voluptuous women! But underneath the utopian veneer is a f-rce so powerful and so heinous that it's using the crew's memories against them so it can take their spaceship back to Earth-and conquer it!

Reviews for "Invisible Invaders/ Journey To"