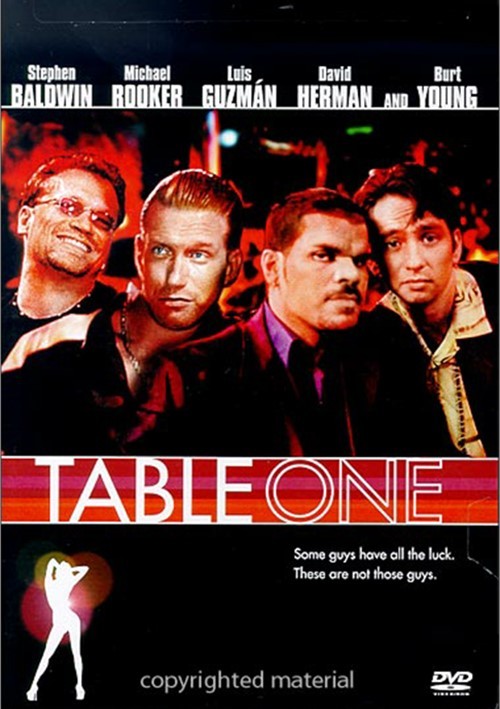 Some guys have all the luck. These are not those guys.

They're rich, young, and tired of their usual hangout. Now these guys think they've got the perfect idea: open a restaurant catering to the martini crowd, and watch the money roll in. But things aren't as easy as they seem. When the place is empty night after night, the group's partners, who just happen to be in the mob, have their own ideas of how to improve business. Stephen Baldwin (The Usual Suspects), Michael Rooker (The Bone Collector), Burt Young (Mickey Blue Eyes), Luis Guzman (Punch Drunk Love) and David Herman (Office Space) star in this hilarious comedy in the tradition of Swingers and Made.

Reviews for "Table One"