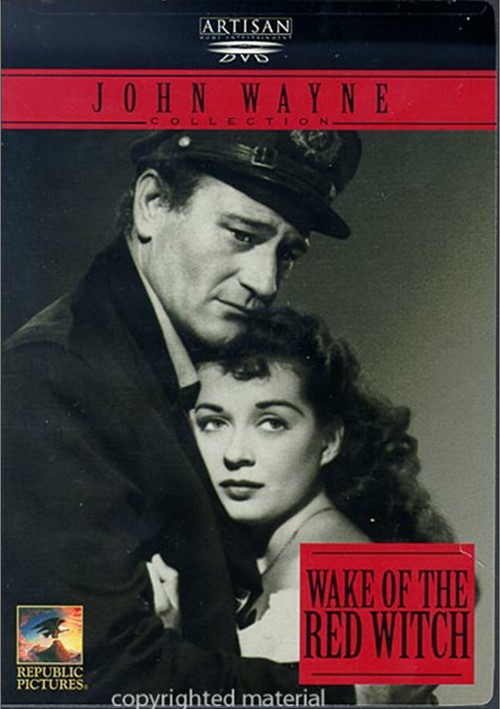 John Wayne battles enemies above and below the waves-including a giant killer octopus-in Wake Of the Red Witch. This sprawling epic adventure pits the tough-minded Captain Ralls (John Wayne) against the treacherous Captain Sidneye (Luther Adler) in a bitter rivalry on a South Seas isle. At stake is a fortune in pearls hidden in an underwater cave. At risk is the hand of the beautiful Angelique (Gail Russell), daughter of Desiax, the tyrant ruler of the island who plans to marry her off to Sidneye. In an attempt to rescue Angelique, Ralls must seize the pearls and exchange them for her freedom. The danger continues as fate holds on final test of strength for the bold Captain and the woman he loves.

Review "Wake Of The Red Witch"

Reviews for "Wake Of The Red Witch"