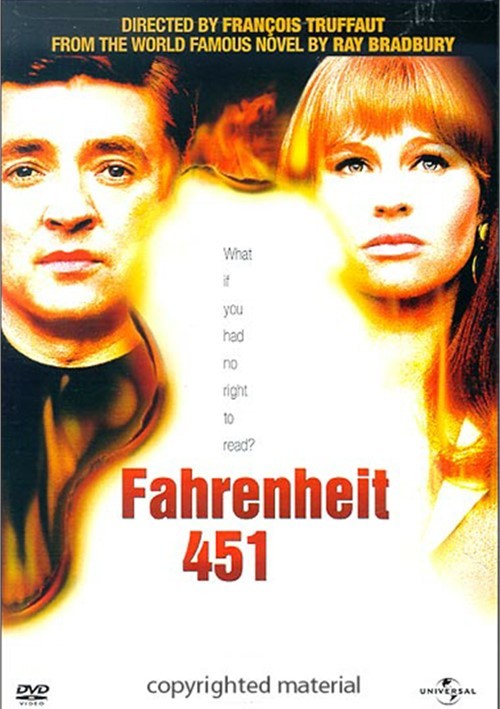 What if you had no right to read?

Ray Bradbury's best-selling science fiction masterpiece about a future without books takes on a chillingly realistic dimension in this film classic directed by one of the most important screen innovators of all time, the late Francois Truffaut. Julie Christie stars in the challenging dual role of Oskar Werner's pleasure-seeking conformist wife, Linda, and his rebellious, book-collecting mistress, Clarisse.

Montag (Oskar Werner), a regimented fireman in charge of burning the forbidden volumes, meets a revolutionary school teacher who dares to read. Suddenly he finds himself a hunted fugitive, f-rced to choose not only between two women, but between personal safety and intellectual freedom. Truffaut's first English language production is an eerie fable where mankind becomes the ultimate evil.

The Novel: A Discussion With Author Ray Bradbury

The Music of Fahrenheit 451

The Original Title Sequence of Feature