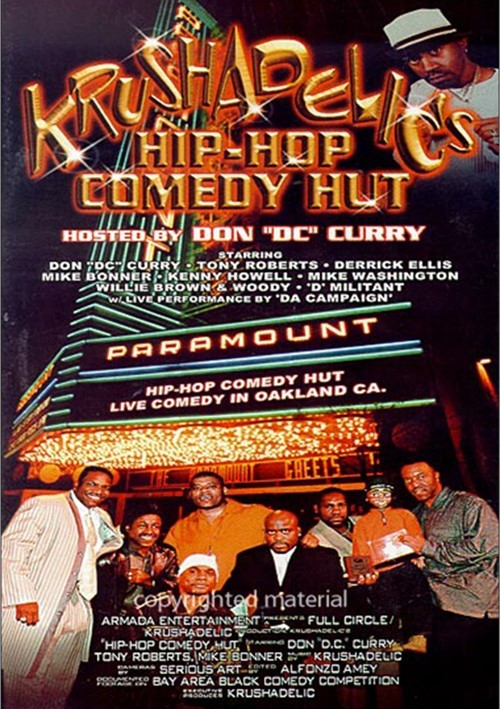 Get ready to exercise your jaw muscles as Krushadelic and pioneering comedy promoter Tony Spires present the most hilarious, gut busting, laugh till you fall out your seat comics on this side of the planet!

Hosted by Don "D.C." Curry, star of Ice Cube's Next Friday & Friday After Next as well as 2 Degrees. This movie takes you to Oakland's Paramount Theater and highlights the star comics of the Bay Area Comedy Competition. Documenting great comedians seen on shows like, Comic View, Def Comedy Jam and many other comedy competitions like Tony Roberts (now seen in Burger King commercials), Mike Bonner, Kenny Howell and many more off the chain comedians. There's even an animated Hip-Hop cartoon that makes this a definite classic - a must have in your comedy collection.