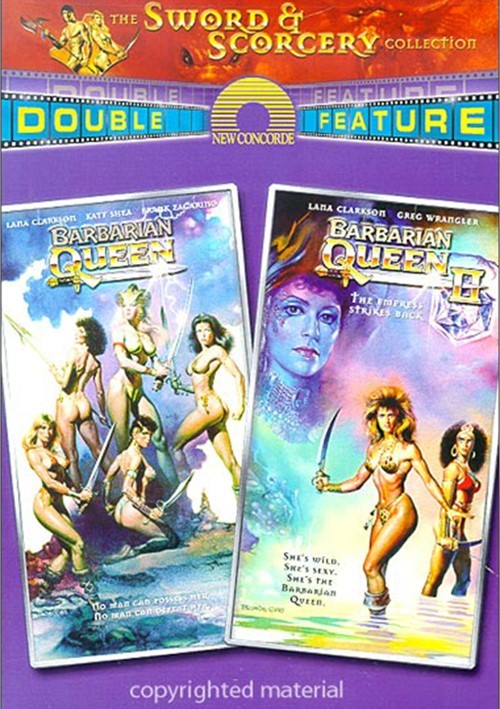 On the eve of her wedding, the beautiful Amathea (Lana Clarkson) sees her world dissolve - her prince groom imprisoned, her village razed, her friendsd and slaughtered. Becoming the Barbarian Queen, she vows revenge and retribution. With savage charm and deadly skill, the Barbarian Queen and her female warriors entice, then destroy their adversaries. Her power and beauty are legendary... she is the Barbarian Queen!

In a time long ago, a throne was lost to an evil ruler, and terror reigned throughout the land. Now, the only hope for a weary kingdom rests in the courage of a beautiful princess, who must become a queen to lead the revolt. The brazen bombshell Barbarian Queen (Lana Clarkson) returns to the screen in an adventurous tale of greed, betrayal and triumph!