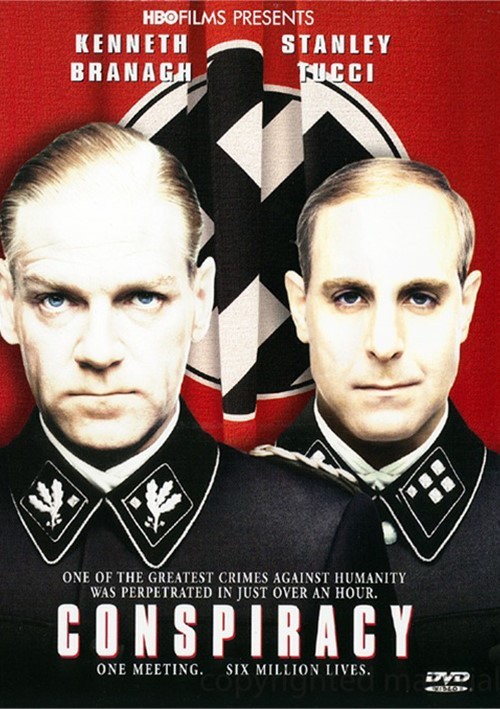 One of the greatest crimes against humanity was perpetrated in just over an hour. One meeting. Six million lives.

By the winter of 1942, Hitler's dream of Aryan supremacy had become a nightmare. His armies could be found freezing and starving on the Eastern front, and America's fighting f-rces had just entered the war to the West.

On January 20th of that year, 15 officials attended a conference at Wannsee on the outskirts of Berlin. Comprised of mid-ranking SS commanders and a variety of government ministers, the meeting was organized by SS Major Adolf Eichmann, under the direction of the ruthless and efficient Chief of Security Reinhard Heydrich. It was to be a polite conference with food, wine and some debate, but beneath this thin veneer of manners lay an evil intent. By the meeting's close, the fate of six million lives would be decided, and a terrible machine put into operation that would alter the shape of the world.

Conspiracy is based on the only surviving record of that meeting. It would be the blueprint of Hitler's "final solution."