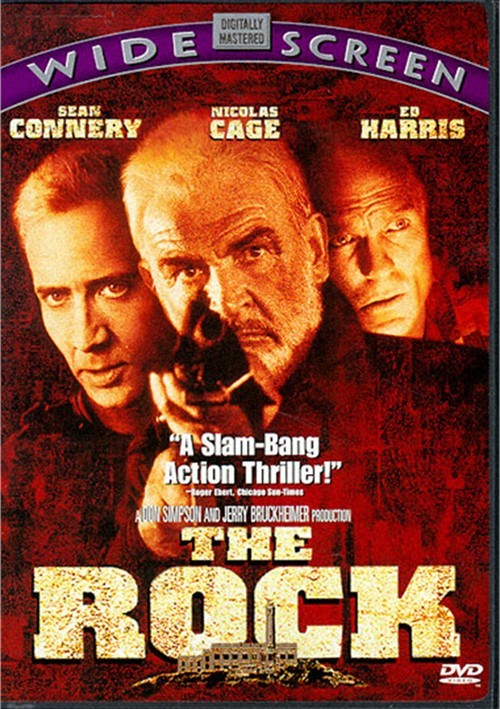 Alcatraz. Only one man has ever broken out. Now five million lives depend on two men breaking in.

Hollywood superstar Sean Connery (Hunt for Red October) joins Academy AwardÂ®-winner Nicolas Cage (1995 Best Actor - Leaving Las Vegas) in the action-packed thriller of the year, The Rock! All of San Francisco is taken hostage when a vengeful general (Ed Harris - A Beautiful Mind) seizes control of Alcatraz Island, threatening to launch missiles loaded with deadly poison gas! With time running out, only a young FBI chemical weapons expert (Cage) and a notorious federal prisoner (Connery) have the skills to penetrate the island fortress and defuse the lethal situation! Edge-of-your-seat suspense and unstoppable action explode off the screen in this must-see motion picture event!

Reviews for "Rock, The"