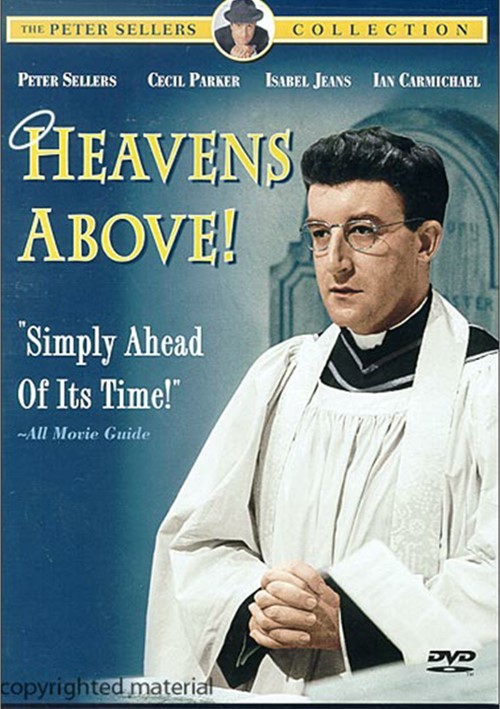 "Simply ahead of its time!" -All Movie Guide

Peter Sellers gives one of his most surprising performances as Reverend John Smallwood, an idealistic prison chaplain who is accidentally assigned to a wealthy parish known for its popular sedative/laxative. But when Smallwood insists on ministering both to rich and poor alike, he infuriates the needy, the greedy, the religious hierarchy and even the government itself. Can the Church of England now silence their most compassionate cleric or will the vicar escape to serve the highest calling of all?

Brock Peters (To Kill a Mockinbird), Isabel Jeans (Gigi) and Cecil Parker (The Ladykillers) co-star in this controversial satire that remains one of the best-loved collaborations between iconoclasts The Boulting Brothers (I'm All Right Jack, Carlton-Browne Of the F.O.) and the genius of Peter Sellers that changed the face of British comedy forever.

Reviews for "Heavens Above!"