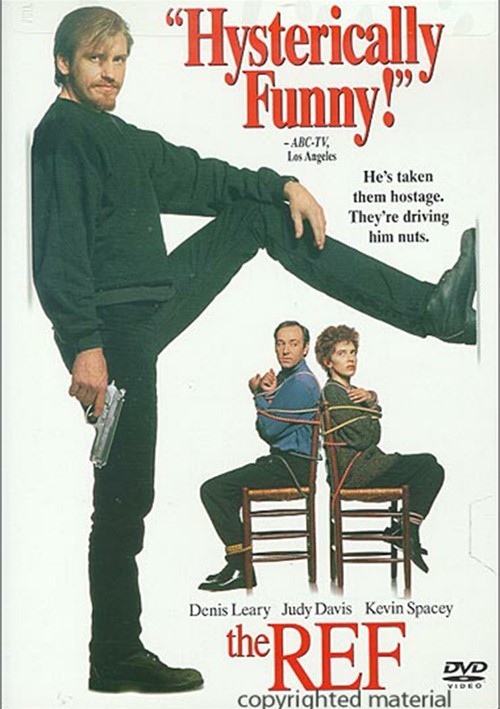 He's taken them hostage. They're driving him nuts.

MTV's Dennis Leary stars in one of the year's most outrageous and highly acclaimed comedy hits. Leary plays an unfortunate cat burglar who becomes trapped in a fate worse than jail when he takes a bickering couple (Kevin Spacey - American Beauty and Judy Davis- Judy Garland) and their annoying relatives hostage. Before long, they're driving him nuts, and the line between who is whose hostage begins to blur. His only hope for survival is to act as their referee and resolve their differences- or it's going to mean instant insanity for everyone! Spend a hysterically funny evening with The Ref- you're sure to experience an irreverent and fun filled time!

Reviews for "Ref, The"