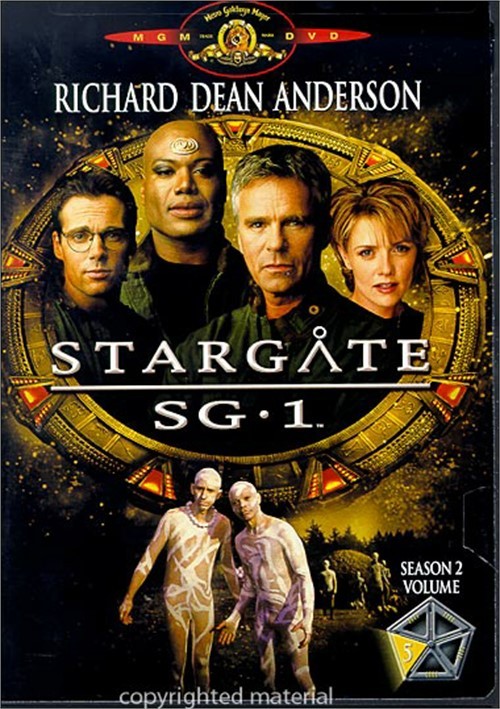 On a routine reconnaissance's mission, the SG-1 team discovers a new, friendly life form. But the encounter turns deadly for the new race because of a virus SG-1 inadvertently introduces. Can SG-1 develop a vaccine before this plague eradicates a peaceful civilization?

A young boy mysteriously appears at Stargate Command and pleads for help, claiming the Goa'uld are chasing him to find a race of invisible beings. But the GS-1 team doesn't' know that the invisible aliens actually plan to destroy humanity-and their invasion has already begun!

A solar flare sends the SG-1 team back to 1969, where the U.S. military command suspects the team of espionage. O'Neill and his crew escape and hitchhike with two Woodstock-bound kids, desperate to find the Stargate before they're stuck in the psychedelic past forever.

O'Neill awakens, seemingly from a 79-year cryogenic sl--p, to find his team is long dead. He is questioned about Stargate but then discovers that it's a setup and he's actually a prisoner of the Goa'uld, who intend to learn all his secrets...and then destroy him!